"The road I was on was not a good one. Excuses were easy to make;" 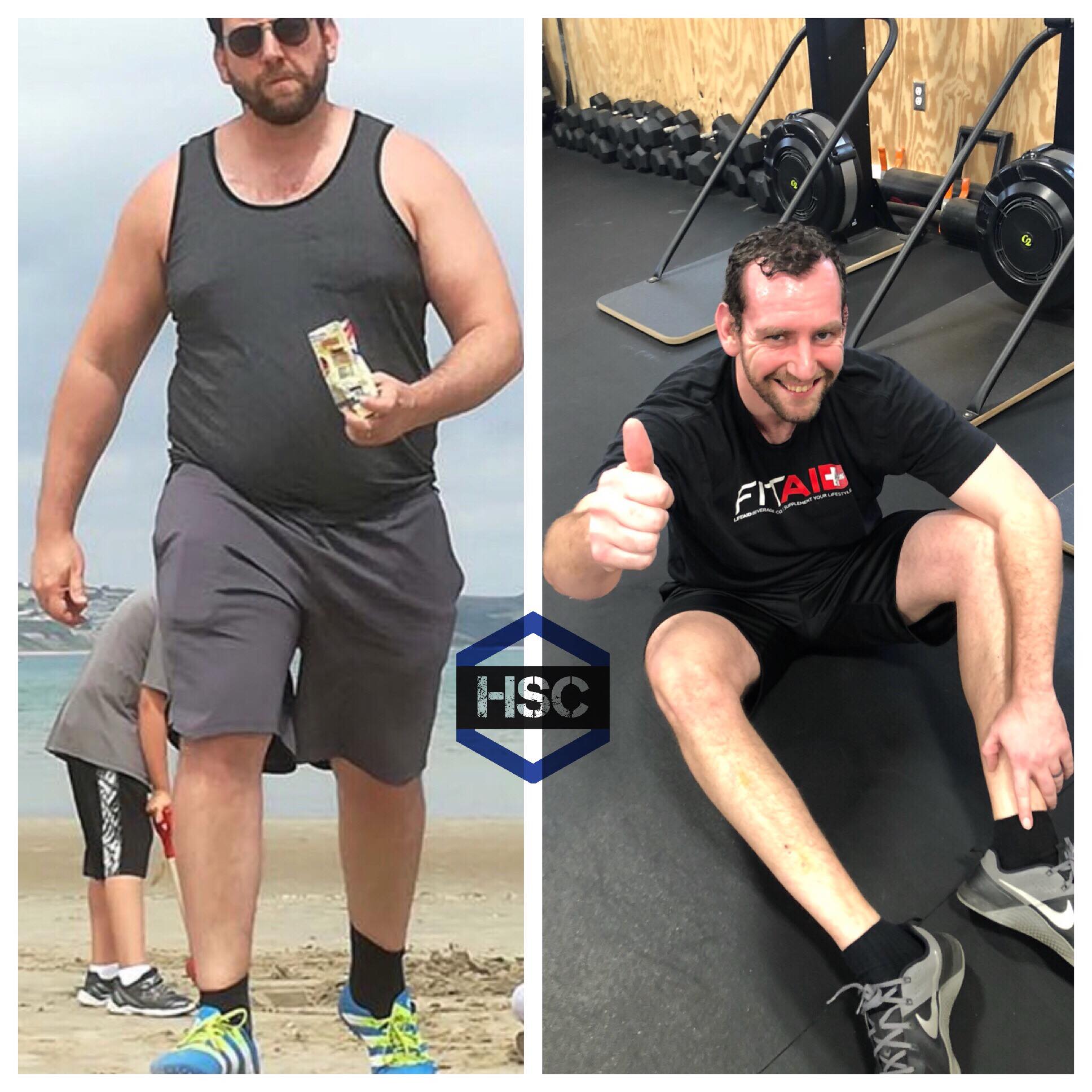 Tom White is a husband and a father of 4 children between the ages of 9 and 3 months. He is from a coastal beach town in England called Poole in the county of Dorset. He was always very athletic and grew up playing soccer, which is what brought him to the USA in 2008. He tried out for the Minnesota Thunder, did well and was going to play indoor soccer in Chicago but broke his ankle a week before. This kept him from playing for a while and lead to him quitting. Looking back on it, he feels that he used the injury as an excuse to quit instead of facing the fear of trying and possibly failing. “Excuses seem to go that way.” Having a history of being athletic and playing soccer at a high-level, Tom had never really had to worry about his weight or his health. “My nutrition choices were horrific, but I got away with it.”
Over the years the “horrific” nutrition choices started to catch up with him and the pounds started to add up. He was staying somewhat active coaching youth soccer until he was no longer able due to his busy schedule and commitments of his growing family. This was a very hard time. He needed an outlet with some flexibility. His wife has always been extremely supportive of him in everything he does and mentioned trying CrossFit. “I looked at it and it was intimidating. I was looking in the wrong place though. Seeing the professionals at the CrossFit Games and not the CrossFit community.”
July of 2017 is when everything changed for Tom. He was tipping the scales at 320 pounds and took a trip back home to England where his friends barely recognized him. At this same time his wife expressed to him her concern about his breathing in his sleep. He has asthma which got worse with poor diet and extra weight. He was also a closet smoker after he stopped playing soccer. After a trip to the doctor he was referred to a specialist for sleep apnea. “The road I was on was not a good one. Excuses were easy to make; bad back, ankle, work schedule, asthma, stress. Looking back now I had to do something, and I happened to come across HSC and reached out to Eric and Jeff.”
July 28th, 2017, Tom started fundamentals. He very nearly quit the second night. The reason he didn’t was because of the owners and coaches. They had all come up to him and spoke with him, knew his name and made him feel welcome. They spent time with him and encouraged him. He had never experienced anything like it before and wanted to stick it out. It just kept getting better and better. Each workout was hard and humbling, but it also gave him a sense of pride and achievement. Tricia, who coached him through fundamentals remembers how hard he was willing to work coming into those first two weeks of classes knowing it was a struggle for him. But she says, “to see him now, you wouldn’t know he’s that same guy! He has put in so much hard work and his strength and determination are inspirational.”
Tom quit smoking the day he started crossfit. He never did have to visit that specialist for sleep apnea. When I asked him about his asthma with CrossFit, he said, “I’ve taken 1 puff in the last year and that was after a party night. So, I’ve gone from puffing each day to never needing it. Probably a big deal really. Haha.” He also lost 20 pounds over the 2 weeks of 6 fundamentals classes.
But this was just the start of great things. Tom became part of the HSC family. “The coaches are all fantastic. With my schedule, I change up class times a lot and feel at home and happy at every class. I asked coaches and members about nutrition and at HSC everyone is so helpful and open about what they do. I think this sums up the community more than anything. It seemed to me everywhere else I had been people would keep their ‘secrets’ from me, or not really want to share. I have learned so much about my body and am still learning all the time. Also, there is no secret. Just hard work. But that hard work is so much easier in a fun, supportive and encouraging environment. The weight loss is cool and all. Going to waterparks with the kids and not having to sit and watch them but being able to play with them, having more energy to be present with the family, having my older kids see what I do and see people doing it and being healthy and happy… That’s the really important stuff.
I could speak so much more about this and would always talk to people about it if they wanted to reach out to me, whether I know them or not. I am so lucky to have found CrossFit and look forward to setting mini goals and larger goals and working towards them. No more excuses because I am inspired everyday by the people I see at HSC and I have the support of my family and friends.
It is so cool to have the opportunity to publicly Thank the owners, Coaches and Members of the gym. Cheers”
Tom will be competing in Festivus in April @ripwing crossfit. He has lost 100 pounds in the 18 months since he started. Tom also has a great sense of humor. He had a little fun putting this slideshow together for us to enjoy.

We'd love to send you information about our pricing

Enter your details below and we'd be happy to show you our rates and explain them in detail!